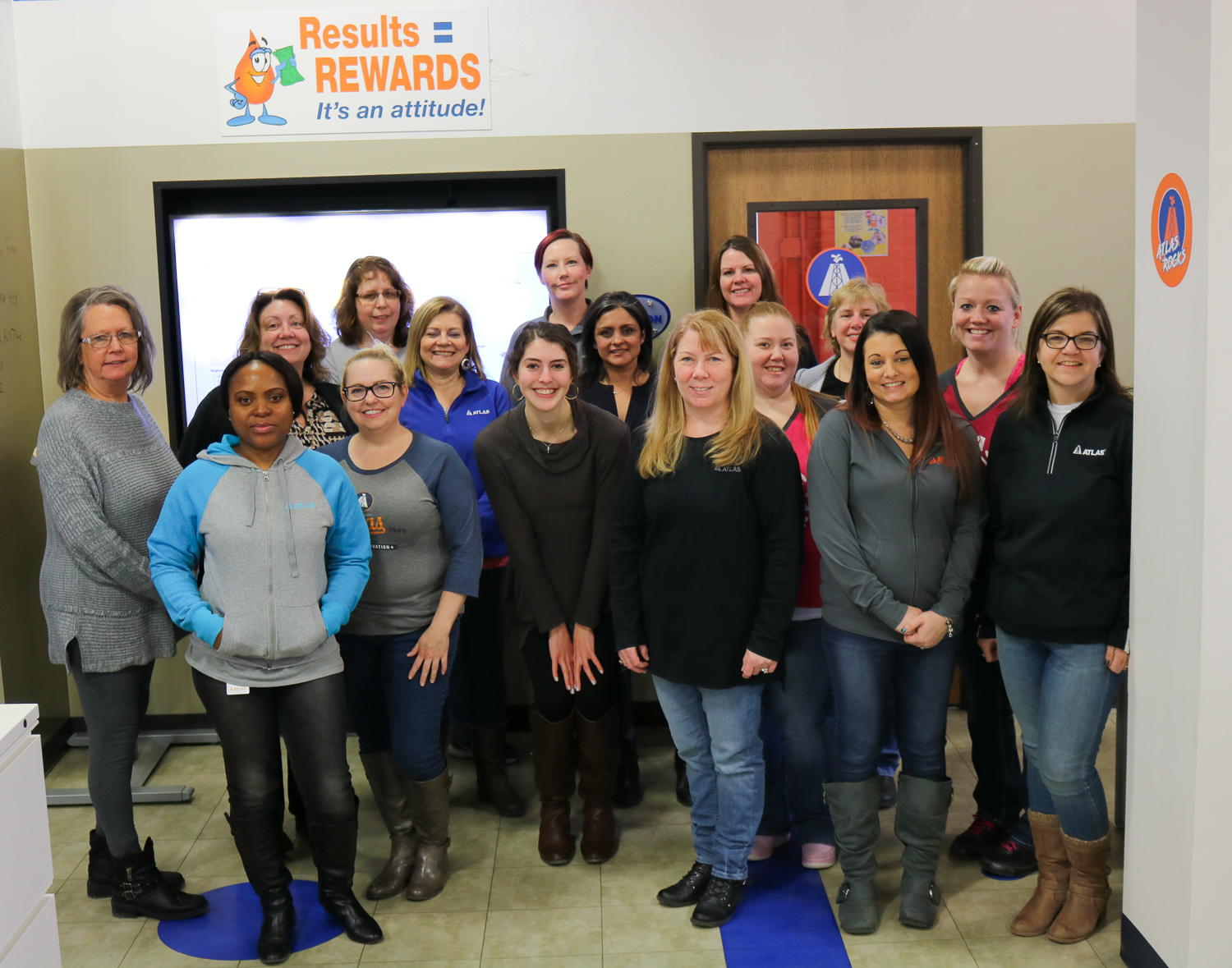 Since the early 1900s, women have played an integral role in the development and advancement of transportation. From wagons and horse-drawn carriages to bicycles, automobiles, trains and trucks, women have been present, serving in pioneering roles. The issue is not in the accomplishments, it’s in the numbers. While women make up 57 percent of the U.S. workforce, in transportation sectors, they comprise less than 13 percent. When looking at the oil and gas industry– it’s only 15 percent.

Atlas consistently strives to flip this script, finding new ways to attract, retain and promote women within the organization. In honor of International Women’s Day, we spoke with several female team members throughout our supply chain to learn more about their roles, accomplishments, and advice they would give to women looking to achieve long-lasting success in their careers. 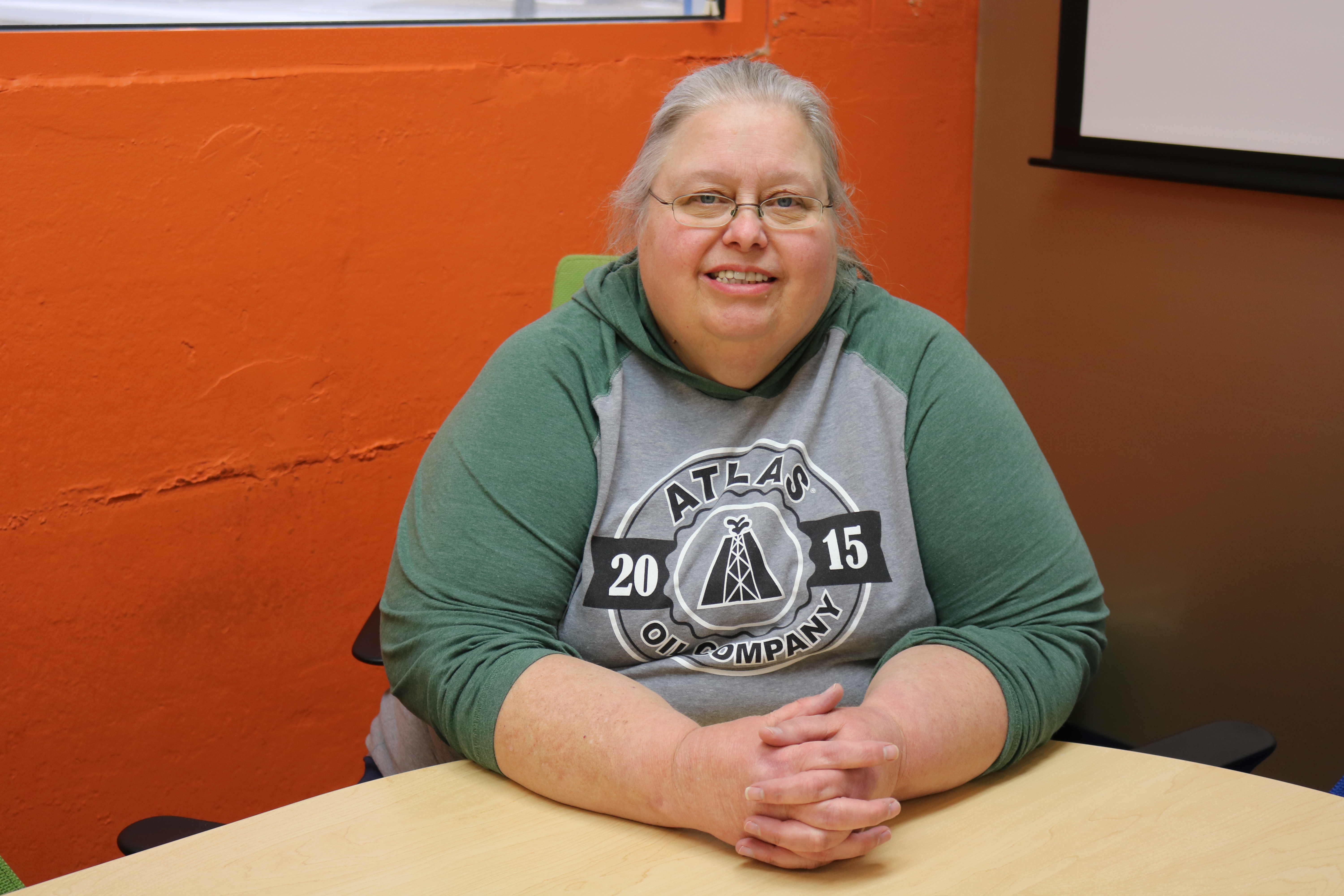 Director of Human Resources, Dawn Thomson, has been part of the A-team for over nine years, playing an integral role in team member development. Recognizing that our team members are our greatest asset, Dawn is always looking for new ways to foster a collaborative culture characterized by strong relationships and communication. Her most recent accomplishment–introducing a virtual learning system that’s accessible for team members throughout all levels of the organization.

“It’s amazing to see the growth and progress that’s occurred throughout my tenure at Atlas,” she said. “When I first joined the team nine years ago, there were few women leaders, but that’s changed immensely. Today, we have a whole Chemical Transport Division lead by women, and are very diverse when it comes to our team members and business units.” 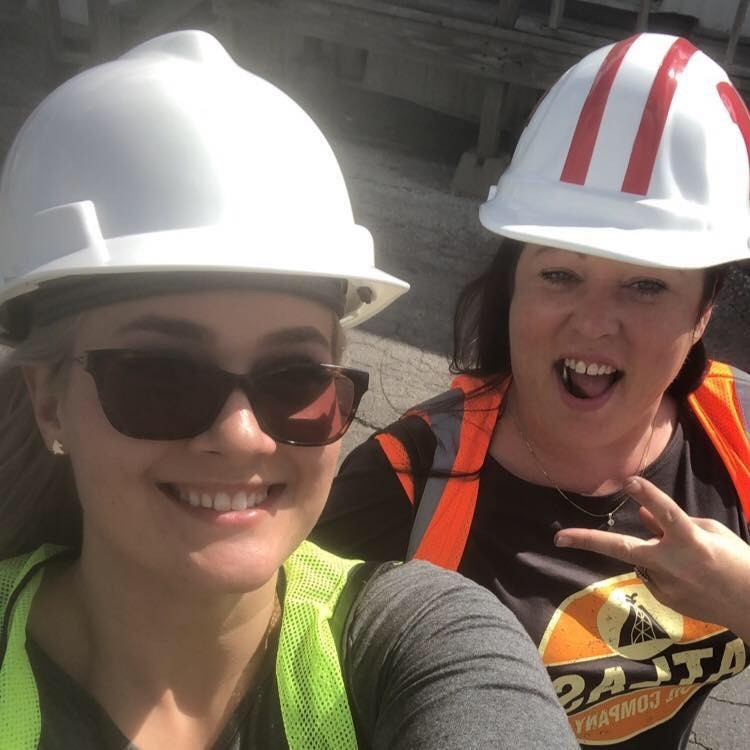 Julie Bailey, Business Development Manager for Atlas’ Chemical Transport Division, began her career in Logistics when she was just 20 years old, and has been in the transportation industry ever since. Julie and her team grew Atlas’ Chemical Transport Division from the ground up, infusing collaborative innovation and enthusiasm into their every move. In Q2 of 2018, she won the Value Creation Sammy Award for her immense contributions within the division and organization.

“We’ve built a great team and are fortunate to have each other,” she said. “To me, the incredible relationships that we’ve built with one another have been the foundation to all that we’ve accomplished.” 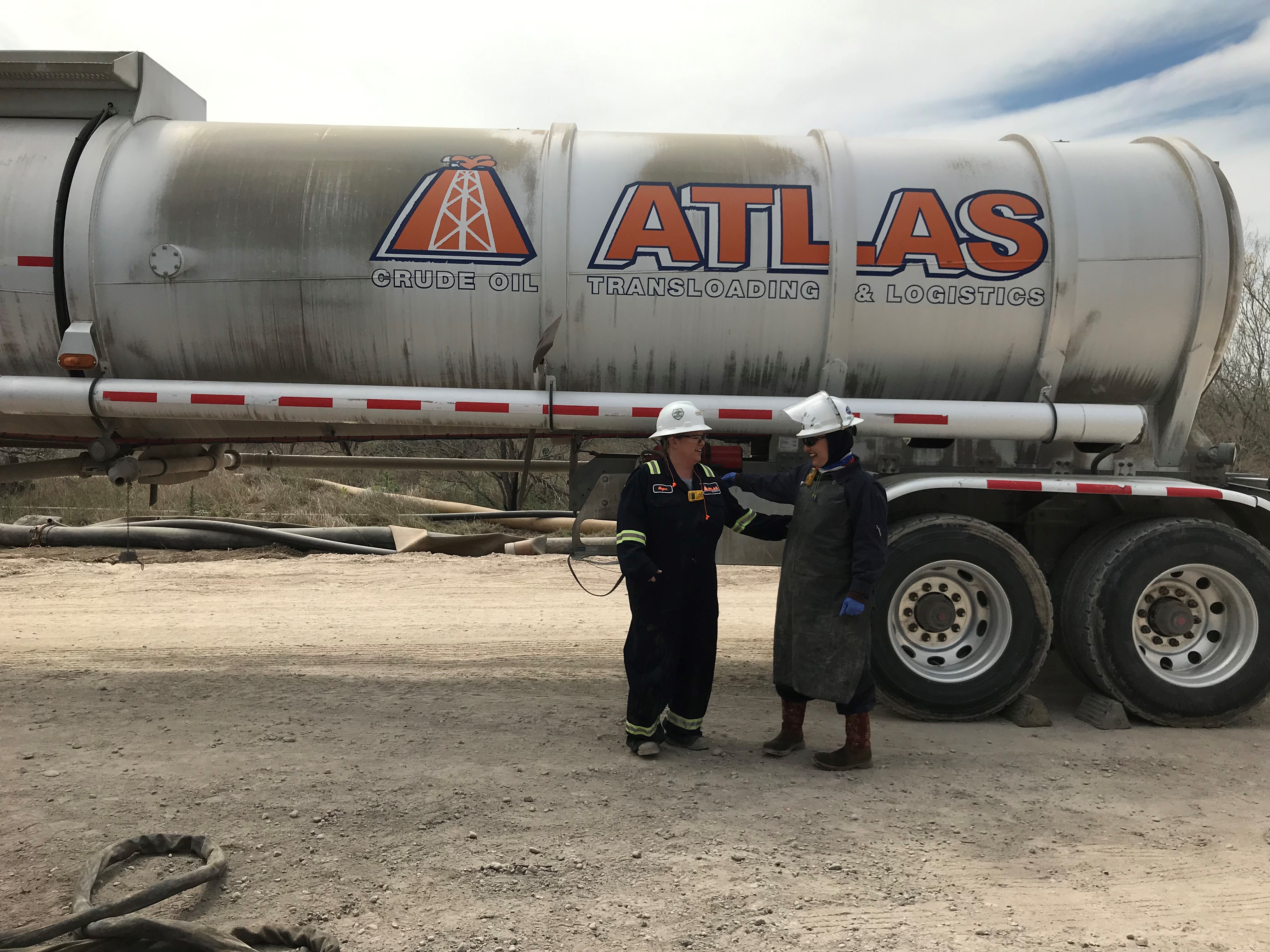 Tankwagon Driver, Michelle Vick, has been a dedicated A-team member for more than a year and has wanted to work at Atlas since she was a young girl. What first started out as an interest in Atlas’ “big trucks” quickly turned into an eagerness to participate in our one-of-a-kind culture.

“I lived in the area as a kid and when I’d pass by Atlas, I’d tell everyone that I was going to work there someday,” she said. “Throughout my life I’ve been a part of many different organizations, but nothing has compared to the incredible culture and family atmosphere that I’ve experienced here. I love my job– it’s a bonus that the people I work with are like family.”

Michelle’s favorite aspect of her job is being able to help Atlas’ diverse group of customers. “I take pride in being there for customers when they need it most– showing up every day, and getting the job done efficiently to keep operations up and running,” she said. 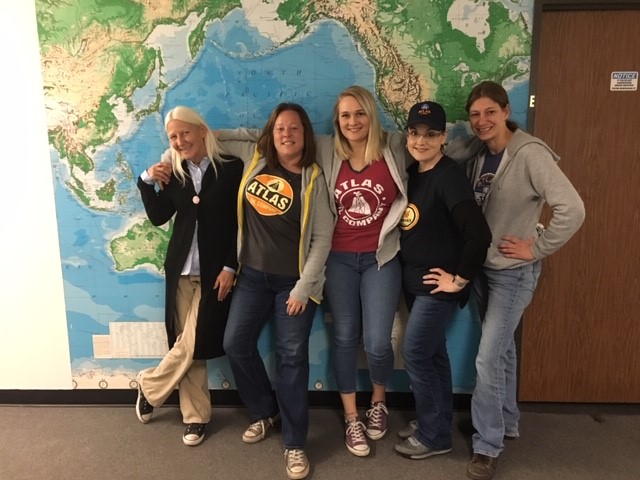 Based out of Atlas’ Houston office, Crude Logistics Coordinator, Mary Krampota is approaching her one-year anniversary with Atlas. Goal-oriented and ready to tackle whatever comes her way, Mary shows up to work each day with a positive, all-in attitude.

“No matter what I’m doing, I want to make sure that it’s creating an impact,” she said. “I think that we, as women, bring a lot to the table in this business. We’re very detail-oriented and dig deep, while empathetically connecting with our clients and drivers.”

With over 18 years of domestic and international experience, Director of Procurement, Rocio Cabrera has accomplished great feats throughout her career, strategically improving efficiencies while maintaining collaborative partnerships. When asked what advice she’d give to a woman entering a male-dominated field, Rocio offered excellent words of encouragement.

“The best thing that you can do is not view yourself as a woman entering a male-dominated field,” she said. “It’s important to go into the position knowing that you’re smart, qualified and have earned it.”

Sometimes as women, we feel that we need to be on top of our game 24/7 but that’s not realistic, Rocio explained. “In other organizations, I’ve had to work very hard to claim my seat at the table and demonstrate that I’m just as qualified as all my male counterparts,” she said.

This, however, hasn’t been the case for Rocio at Atlas. “I work with all of our business units and there’s great people in every one of them,” she said. “With the best interest of the business in mind, everyone is always willing to help each other out.”

Director of Tax, Diana Cook is going on her ninth year at Atlas and leads a team of women that handle all fuel, sale and property tax within the business. Beginning her Atlas journey as a Fuel Tax Analyst in 2009, she worked her way up to a leadership role.

“Being a female in leadership can often have its challenges,” she said. “I’m the type of leader who leads from the front. I don’t expect my team to do anything that I wouldn’t do myself and won’t hesitate to jump in when needed.” 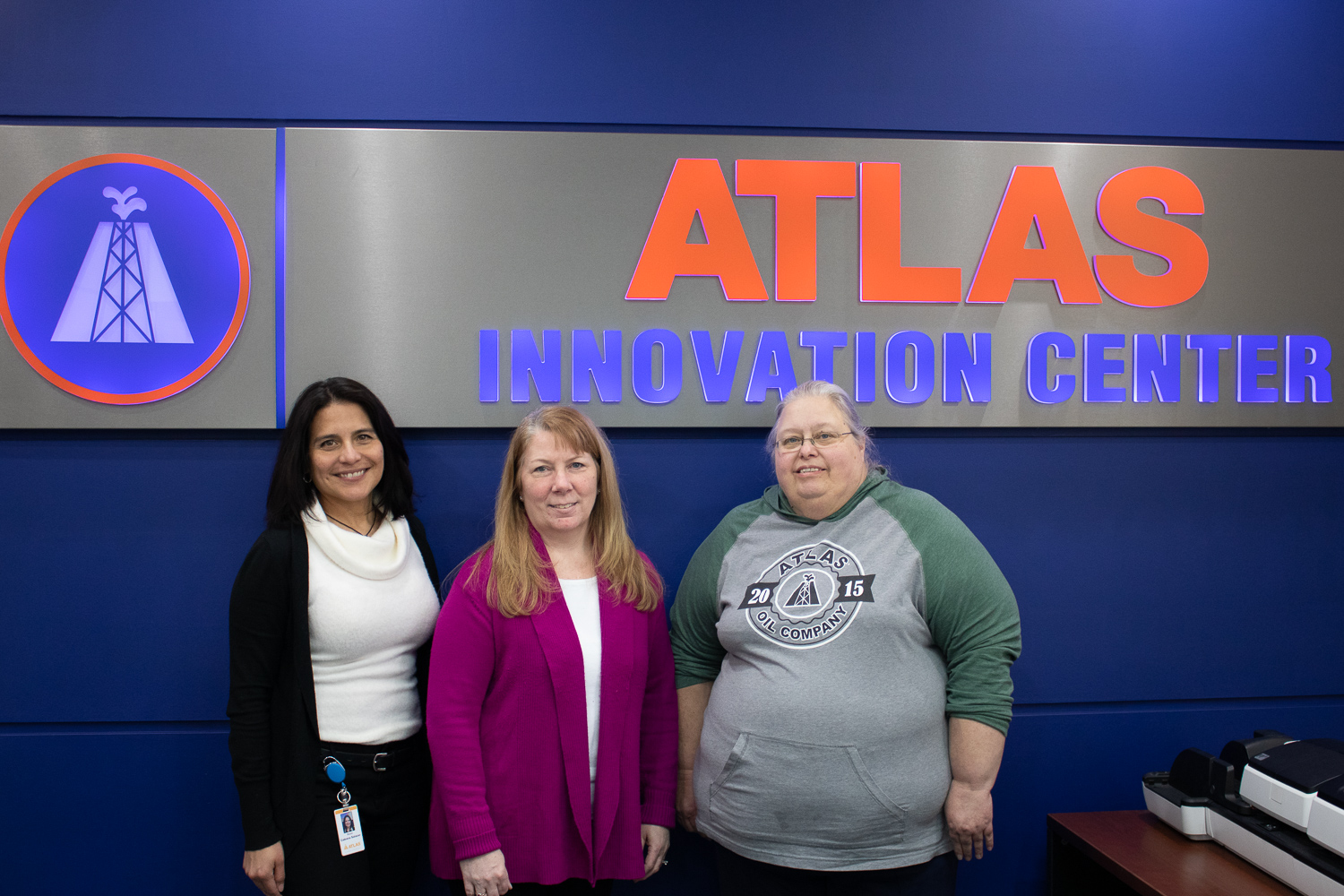 For Diana, the comradery, team effort and family-environment at Atlas have helped to support her through some of the hardest times of her life. “I went through a major health crisis almost three years ago and this company– from Sam and Nada on down– supported me 100 percent in my battle to full recovery. Words can’t express how much that meant.”

Nada Simon, President and Co-Founder of the Sam and Nada Simon Foundation, is engrained in Atlas’ DNA. As the organization’s very first team member and its core-leader of sales operations, Nada played an integral role in strategically growing the business to its present-day nationwide footprint. With an appetite for success and a vision in mind, Nada broke into a what was, and still is, a very male-dominated field, going on to become an incredibly successful businesswoman.

“When I first joined Atlas, I went in with the mentality that we were going to be successful– with enough hard work and a vision to guide us, there wasn’t a doubt in my mind,” she said. “My proudest accomplishment has not only been seeing the business grow, but seeing our people grow and succeed." 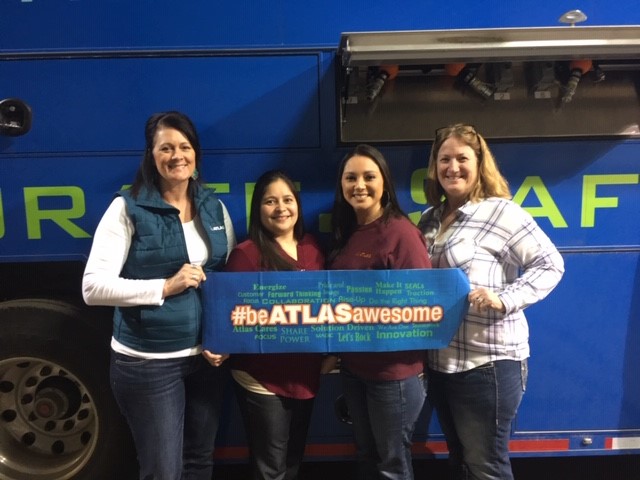 Nada has always made it a point to mentor young women hired into the organization, equipping them with the tools and advice to help them succeed. “You have to believe in yourself, hold your head high and ignore the noise,” she explained. “If you have the right mentality and confidence in yourself, there’s no limit to what you can achieve.”

To all the women throughout our organization– we’re thankful for you and all that you do! Happy International Women’s Day!