Disaster Preparation 101 for the Healthcare Industry 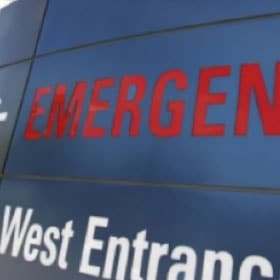 Mission critical facilities are a key focus in the emergency fueling business and the health care industry is a top priority. With so many lives in its hands, a health care facility cannot afford even one second of downtime. Unfortunately, power outages, natural disasters and other unanticipated emergencies are inevitable and often, unpredictable.

On the 10 year anniversary of the Northeast blackout, Becker's Hospital Review spoke with Maureen D'Agostino, senior vice president of quality services and performance excellence at Oakwood Healthcare. This multi-day blackout affected 45 million Americans across eight states on the East Coast and through parts of the upper Midwest. Below are three post-blackout lessons utilized by Oakwood Healthcare to limit the negative impact of an outage.

1. Make sure there will always be fuel.
All hospitals have backup generators, but they require fuel that may not be readily available during an extended, far-reaching blackout. Without enough fuel to last through the emergency, even the best generators will fail, says Ms. D'Agostino. To ensure adequate fuel supply in an emergency, she recommends forging agreements with fuel suppliers to make the hospital a top priority. "We needed agreements that made sure we'd be the first to get what we need to take care of our patients," she says.

2. Design redundant technology systems.
Following the blackout, Oakwood Healthcare invested $100,000 in multi-tiered communications systems. "Now, if one part goes down, we have another part to use," says Ms. D'Agostino. The new systems include satellite phones, two-way radios and the corresponding infrastructure that can allow any administrators to communicate.

"And, if all else fails, we have clearance from [the U.S. Department of] Homeland Security to use their satellite with our phones," says Ms. D'Agostino.

The hospital also installed command centers at each hospital, so any hospital in the system can serve as headquarters in the event of an emergency. "When these systems are brought up, they can connect the whole system in a conference or allow for one-on-one communicating," says Ms. D'Agostino.

3. Link with the community.
Ms. D'Agostino stresses the importance of participating in community preparedness drills and working with local disaster response teams. Oakwood Healthcare currently participates in statewide disaster training and is connected to Michigan's state volunteer registry for extra hands to help in the event of an emergency. "Every hospital in the country is tied to a region within the state for disaster preparation," says Ms. D'Agostino. "Everyone should take full advantage of the education, funds and other resources offered by local agencies."

"Every hospital should understand being able to care for the community is why they exist in the first place," she adds. "We take disaster preparation seriously — we know we'd be letting down both our patients and the community if we couldn't manage in an emergency."