Thanks to Our Customers, Atlas Oil is Michigan's Largest Logistics Company 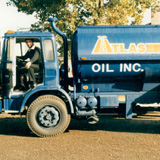 Entrepreneurs are often called crazy risk takers, but consider that if no one took a chance, we wouldn’t be a country of leaders and innovators. And, in 1985, at age 21, if I hadn’t taken a $30,000 credit card cash advance, to purchase my first fuel truck, Atlas Oil Company wouldn’t have been founded.

I am proud and humbled that my idea of how to better distribute fuel has led to Atlas becoming the largest Michigan logistics company, according to the 2017 Crain's Detroit Business Book of Lists*. In 2015, the Atlas team delivered nearly 1.2 billion gallons of fuel to customers in 46 states. 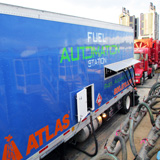 We've grown for more than 30 years through technology and operational innovation, and an unwavering commitment to customer success. Last year, we launched our Fuel Automation Stations. Each unit has 20 hoses for simultaneous fueling, even during pumping operations, to provide a consistently high-quality fuel supply while protecting workers and eliminating downtime on the oil field during hot fueling. These stations are easily moved into remote sites with minimal setup.

This is one of many examples of how we've disrupted traditional industries. Advancements occur because team members are always seeking better, more efficient solutions for our customers. Thanks to them and importantly, to our customers. You have my word, we are continuing to innovate and to deliver.