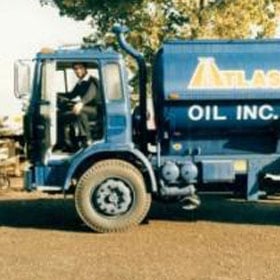 The year was 1985. Windows 1.0 was released. The first artificial heart transplant occurred and the NES gaming system took the U.S. by storm. The movie Back to the Future made its debut. It was also during this epic year that Atlas Oil was formed.

How fitting that it is 30 years later and we are in the throes of experiencing a whole new future for our company! This old truck, worn and battle tested still sits in the back of the Home Office garage and reminds us of the world of potential that came from a dream, personal passion and a lot of hard work and determination.

Reflecting back on our company's growth, there are some significant milestones that mark the journey from that small one-truck enterprise to what we are today:

As we look ahead to our future, we have so many exciting developments on the horizon with our new Energy Platform. But no matter where our future takes us, it will require those same key pillars: Happy anniversary Atlas Family! Our Best Days are yet to come!