Atlas’ emergency services division faced the challenging 2017 Atlantic hurricane season head-on as the fuel provider of choice for countless mission-critical organizations throughout the United States. Millions were affected as Hurricanes Harvey, Irma, Nate, and Maria wreaked havoc on the U.S. and caused $370 billion in damages by some estimates. With each disaster came new challenges for the teams on the ground and back at the mission control center in Taylor, Michigan. A key success factor for Atlas was having logistics professionals on the ground who were comfortable facing the unique challenges of emergency fuel deployments.

Following the 2017 hurricane season, Atlas invested back in its team and began the search for an individual with the training and temperament necessary to handle any disaster, natural or manmade, that could be thrown at them to oversee the logistical difficulties associated with multi-disaster deployments. The emergency fueling team found that and more in Paul Barnard, a US Air Force veteran and former fuel supply civilian contractor in Iraq. At one point, Paul managed the fuel supply for 12 military bases, even while under enemy fire.

Paul Barnard on a military base in the Middle East

As Atlas’ Emergency Operations Manager, Paul is primarily responsible for managing the logistics of emergency fuel deployments. Given the extended nature of the 2017 deployments, we quickly learned customers want an in-depth analysis of their fuel supply during emergency situations to ensure 100% uptime. As a result, Paul is also responsible for expanding our internal standard operating procedures and training initiatives. Additionally, he is supporting Atlas in the development of an app that gives customers more control over their emergency fuel supply and automates much of the ordering process. Paul hopes that these automated systems can be more widely adopted across all of Atlas, streamlining existing practices.

Atlas is also working to bolster our expansive nationwide network of carriers. Enhancing this network is key to the success of future deployments. The 2017 hurricane season proved emergency fueling deployments often do not have an end date in sight and that disaster can strike anywhere at any time. Paul is tasked with increasing our carrier support in remote areas, allowing Atlas to quickly deploy assets and drivers at a moment’s notice to locations throughout the United States. 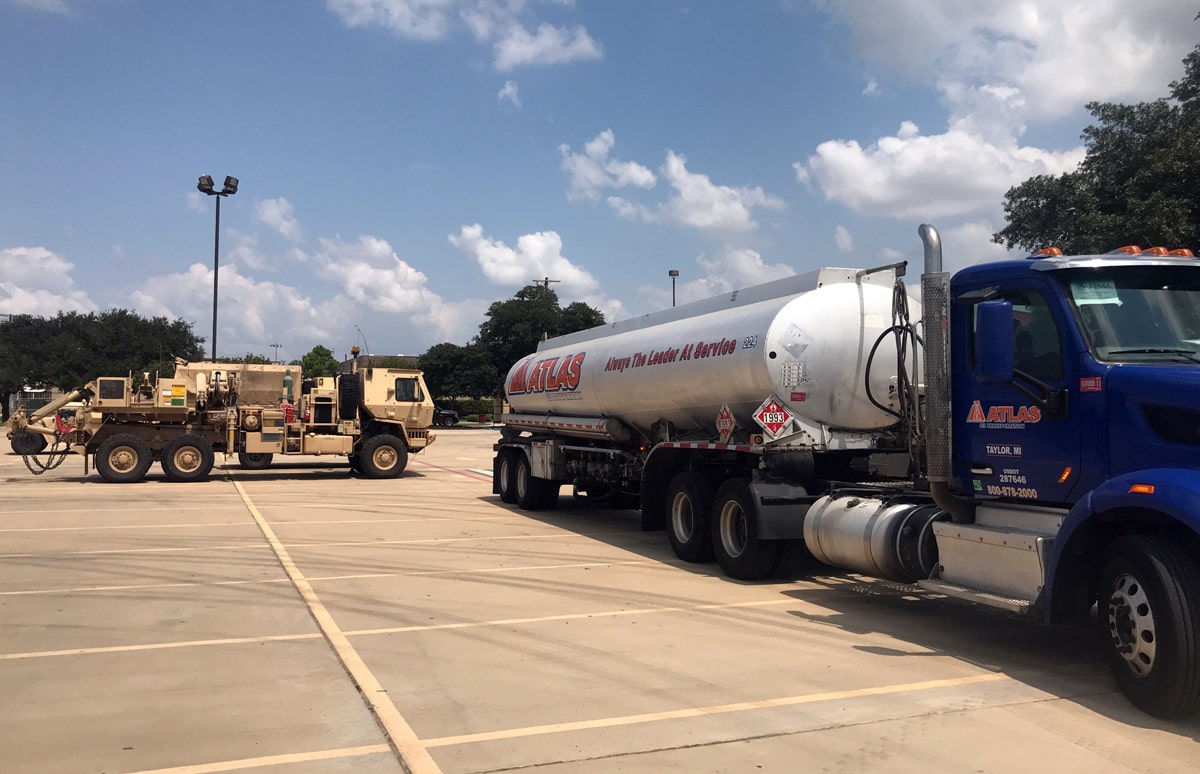 While Paul is excited to be creating Atlas policy that will shape future deployments, he is even more excited to be back state-side with his family.

“After about 12 years of spending most of my time in the Middle East, it’s really nice to be back home with the wife and kids,” he said. “I’ll still deploy on some Atlas missions to support our drivers but for the most part, I’ll be back home with my family at the end of every day. There’s no better feeling than that.”

A strong supporter of our military and first responders, Atlas strives to employ veterans, like Paul, whenever possible. Atlas also hosts a base party every year at Selfridge Air National Guard Base for thousands of military members and their families.

Atlas is proud to have such a distinguished individual join our team. To learn more about the types of missions Paul will be managing at Atlas, visit our Emergency Fueling Page.